Save 10% on exclusive Bramble Berry bases all month long! 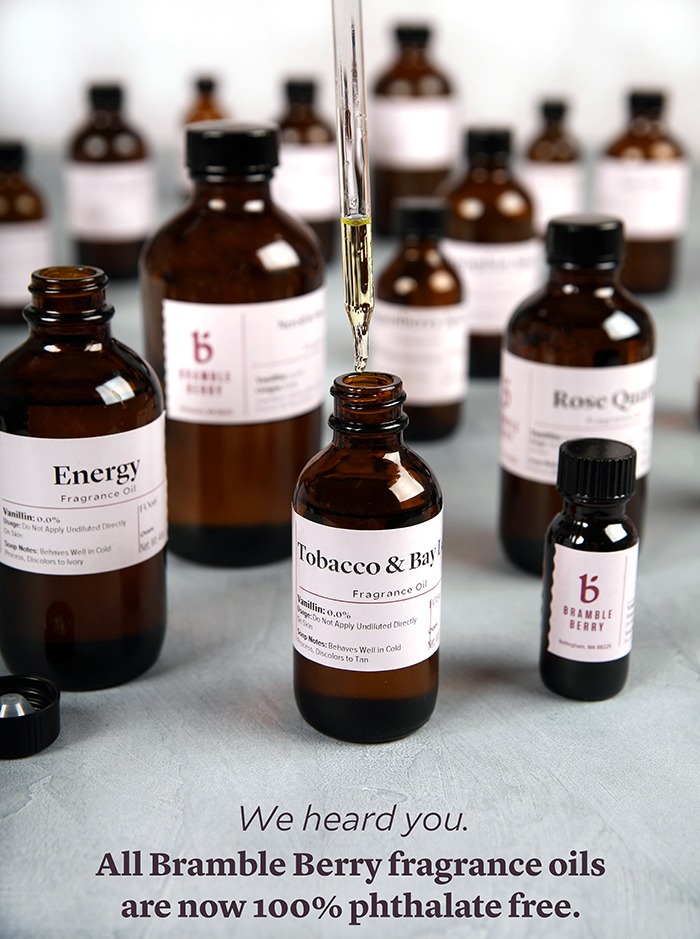 We’re delighted to announce all of our fragrance oils are now phthalate free. After hearing concerns from customers, we decided to reformulate around 300 scents. It took 4 years and hundreds of tests to ensure the fragrances still smell great and perform well in cold process soap. Learn more about the process below.

Phthalates are a group of chemicals used in products like toys, detergents, nail polish, and hair spray. They’re used to make products more flexible and harder to break.

They’re added to fragrance oils for a few reasons. Certain aroma chemicals come in powder form, so a phthalate like diethylphthalate (DEP) is used to convert them into a liquid. That helps the fragrance blend better and burn more easily in candles. DEP is also a fixative, which makes scent last longer in perfume, soap, and lotion. 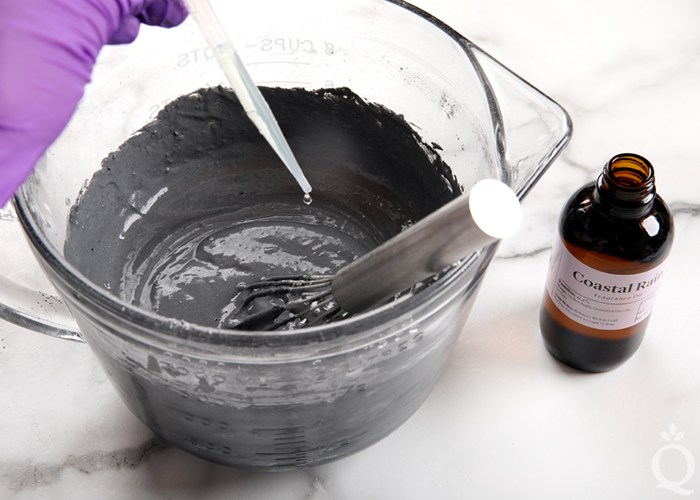 Why did we remove phthalates

We started getting emails, calls, and social media comments from customers about phthalates. They were concerned about potential health effects and wanted to know if we could remove them. Because it’s important to our customers, we decided to reformulate all our fragrance oils.

To learn more about phthalates, check out this article by the FDA and this one by the CDC.

The first step was generating a list of all fragrance oils with phthalates, then contacting the vendors about reformulating them. Once we got the reformulations, we had to test them. Bramble Berry Research and Development Manager Caitlin said we did hundreds of tests to get the fragrances just right.

We wanted to make sure the reformulations smelled the same as the originals and that they stayed strong in cold process soap after 6 weeks of curing. Because DEP is a fixative, removing it sometimes caused the scents to fade.

“The vendors resubmitted the same fragrances 3-4 times on some of them,” Caitlin said.

Once she had test bars she was happy with, Caitlin had everyone in the office smell them a few different times over a few different days. Scent is a complex thing. If 2 bars are exactly the same but you smell them back to back, the second one won’t smell as strong. Caitlin also made sure not to share her opinion of the reformulation, as that can affect the results. If you say, “This soap smells like chocolate,” and hand it to a friend, they’re more likely to pick up the chocolate notes based on your suggestion.

Once everyone smelled the test bars at least 3 separate times and they were happy with the results, we brought the fragrances in. The project took about 4 years because of the complexity and number of fragrances. Cold Water Fragrance Oil was the last reformulation.

“I was so excited to send the email about Cold Water being phthalate free,” Caitlin said. “It was a good feeling.”