Save 20% on select oils and butters all month long!

There are a lot of terms thrown around when you’re learning how to make soap. One of the most common is "trace." It's the point in the soap making process when the oils and lye water emulsify. Learn more about trace and the factors that affect it below.

When you pour the lye water into the oils, the mixture starts to turn slightly cloudy and milky. This is the start of the saponification process, where the lye and oils begin to react and turn to soap. With a few pulses and stirs of the stick blender, it takes on a creamy consistency. This process happens fairly quickly. Before the age of stick blenders, it could take hours for soap to reach trace!

Notice the streaks of oil in the photo below? It hasn't reached trace. It needs more stirring and stick blending to fully emulsify. If the soap was poured into the mold at this point, it wouldn't set up. There may also be pockets of unsaponified oil and lye, which can cause skin irritation. 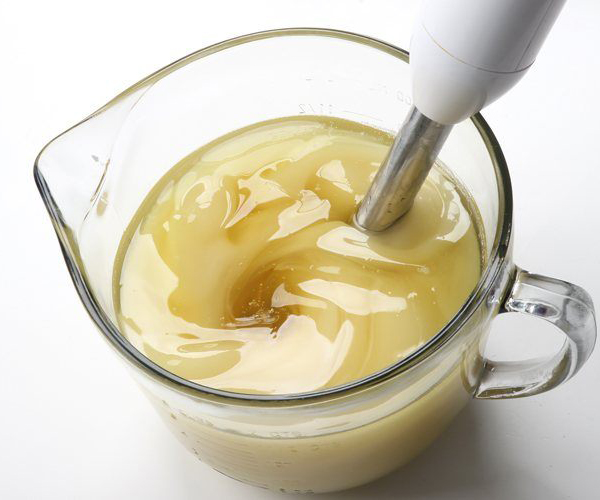 With a few more pulses and stirs of the stick blender, the soap will emulsify. Light trace is a solid color and the consistency of thin cake batter. Depending on your recipe, it takes about 30-60 seconds of stick blending to get there. Thin trace is the best time to add colorants and fragrances because it's easy to stir. It's also easy to pour, so it's perfect for swirl designs.

As the soap sits, it will continue to thicken. You can speed that process up by stick blending until you get the consistency you're looking for. 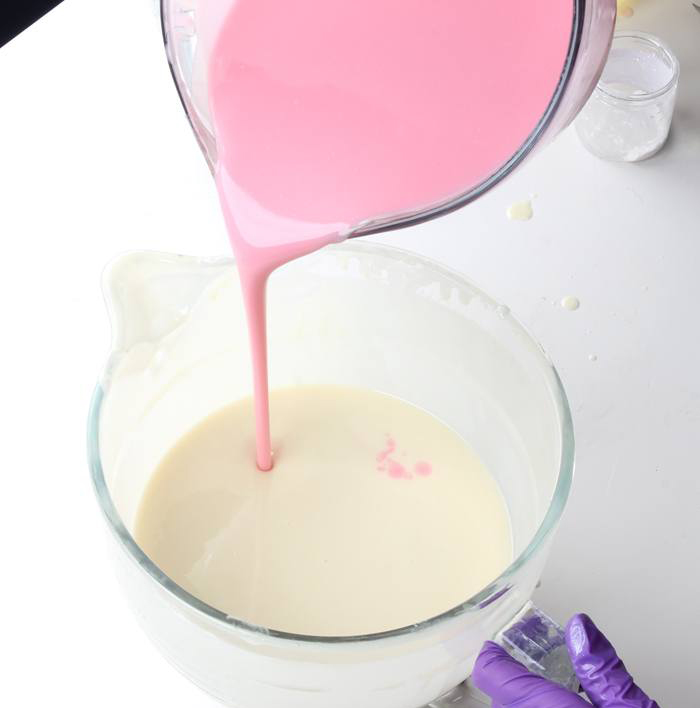 Medium trace is next - it has a thin pudding consistency. It takes about 1-2 minutes to reach. When you remove the stick blender and drizzle soap on top, you'll notice thin streaks stay on the surface. Those are referred to as "trailings." Medium trace is great for suspending embeds and heavy additives like poppy seeds. It's also great for layers because it's thick enough to support the soap that's poured on top.

Thick trace is the consistency of pudding and holds its shape. It usually takes at least 2 minutes of stick blending, up to 4-5. It’s great for layers, textured tops, and soap frosting. 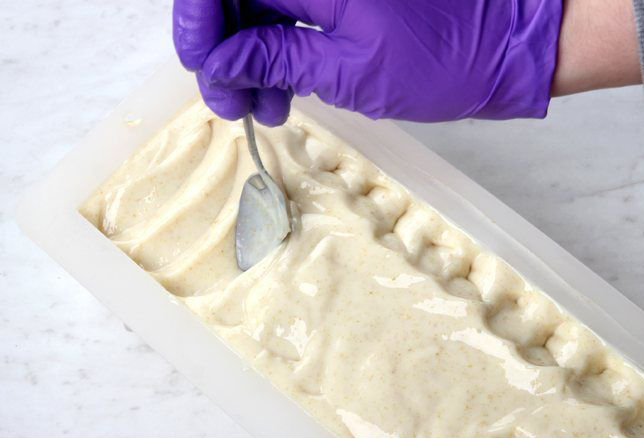 Something to watch out for is false trace. That happens when the soap looks emulsified but really isn't. Most of the time it's temperature related - if you add cool lye water to oils and butters that are solid at room temperature, they can start to solidify and thicken the batch with barely any blending. You may also notice an odd texture and solid chunks forming. If that happens to you, keep stick blending until everything is smooth. That will make your batch thick and may affect your previous design, but you want it fully emulsified so there are no pockets of lye.

For your next batch, make sure the lye and oils are around 100-130° F. That keeps everything melted and gives you plenty of time to work.

Factors that can affect trace: 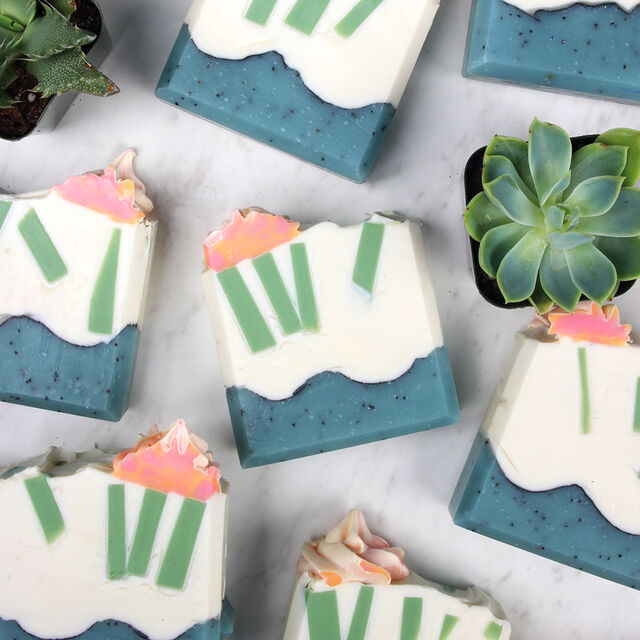